Fleshing Out the Image is a collaborative artistic project that explores the biopolitics of image-making and the sensorial and political materiality of visual and sonic technologies. The project brings into dialogue phenomenological reflections on embodiment and moving image culture with conceptualizations of enfleshment as a mode of power and capture but also of possibilities for sensual and political refusal.

Fleshing out the Image investigates the sensorial engagement with visual-sonic worlds as “fleshed out”, as grounded in embodied experiences “of material enworldedness, orientation, movement, seeing, hearing, and reflection”, as film theorist Vivian Sobchack suggests. Inspired by thinkers such as Hortense Spillers, Alexander Ghedi Weheliye, Amber Jamilla Musser and Tina Campt, the project explores the politics of sensorial engagement by foregrounding the flesh as a site of both violence and possibility, as an experience that objectifies but also potentially conjures political imaginaries of refusal and adjacency, an experience of being-with which is accessible through the sensual.

Fleshing out the Image thus inquires into the visual-sonic experience as both embodied and embodying, as grounded in the multisensoriality of the embodied encounter with cinematic technologies, and as constitutive of bodies, subjects and ethical orientations.

The programme consists of an artistic and curatorial residency in Porto; the exhibition project “Chamber”, on view at the Carlos Alberto Chapel in Porto; and a lecture series entitled “Fleshing out the Image: Pleasure and Refusal in Contemporary Aesthetics” which will be made available on this website throughout November and December 2020. Speakers in the series include Tina Campt, Alexander Ghedi Weheliye, Amber Jamilla Musser, Tavia Nyong’o, Zakiyyah Iman Jackson and Denise Ferreira da Silva.


With the support of Criatório programme for Visual Arts and Curating.

All content © Daniela Agostinho, Ana Cristina Cachola, Igor Jesus and contributing authors. Please do not use without written permission.

FLESHING OUT THE IMAGE:

Pleasure and Refusal in Contemporary Aesthetics

The lecture series Fleshing out the Image: Pleasure and Refusal in Contemporary Aesthetics seeks to explore the potential of enfleshment as a mode of sensual and political refusal. The series homes in on the role of the senses – understood as the sensorial engagement with visual-sonic-tactile worlds as well as a realignment of the field of aesthetics – in the creation of imaginaries of refusal and ways of living otherwise.

The first session features a talk by Amber Jamilla Musser, followed by conversation with Tavia Nyong’o. In this talk, Musser expands her thinking on “brown jouissance” through an engagement with the work of visual artist Jacolby Satterwhite. Reading Satterwhite’s curation of his mother’s work as a “maternal elsewhere”, Musser proposes to read his practice through noise, as “an elsewhere that offers a form of adjacency and which is accessible through the sensual”.

The second session presents a talk by Zakiyyah Iman Jackson, followed by a dialogue with Denise Ferreira da Silva. The talk draws on Sylvia Wynter’s essay “Rethinking ‘Aesthetics’: Notes towards Decipherment” to reexamine the meaning of aesthetics and challenge the continuities between the culture of literary, film, and art criticism and the culture of the gene in the biological sciences.

The final session features a talk by Tina Campt, followed by a conversation with Alexander Ghedi Weheliye. Tina Campt’s talk will explore what she terms “practices of refusal” enacted by Black contemporary artists who use negation as a generative and creative source of disorderly power to embrace the possibility of living otherwise”.

The Aesthetics of Elsewhere:
Noise, Collaboration, and Black Femininity

Amber Jamilla Musser, followed by a conversation with Tavia Nyong’o

Amber Jamilla Musser is an Associate Professor of American Studies at George Washington University. Her research is at the intersection of aesthetics, race, gender, and sexuality studies. Dr. Musser has also published widely on race and critical theory, queer femininities and race, race and sexuality, and queer of color critique. She is particularly interested in thinking about what constitutes the flesh. Her first book, Sensational Flesh: Race, Power, and Masochism (New York University Press, 2014), uses masochism as a lens to theorize different felt relationships to power. Her second book Sensual Excess: Queer Femininity and Brown Jouissance (New York University Press, 2018), which received a 2018 Arts Writer’s Grant from the Warhol Foundation, turns toward sensation and aesthetics in order to imagine epistemologies of sensuality that emerge from fleshiness. She also coedited, along with Kadji Amin and Roy Pérez, Queer Form: Aesthetics, Race, and the Violences of the Social, a special issue of ASAP/Journal (May 2017). Currently, she is beginning a project on noise, ethics, and aesthetics. She also writes art reviews for Brooklyn Rail.

Tavia Nyong’o is Chair and Professor of Theater & Performance Studies, Professor of American Studies, and Professor of African-American Studies at Yale University. His current research and teaching interests span black queer cultural and performance studies, contemporary art and aesthetic theory, speculative genres, afrofuturism, and black sound studies. Nyong’o’s first book, The Amalgamation Waltz: Race, Performance, and the Ruses of Memory (2009) won the Errol Hill award for the best book in black theater and performance studies. His second book, Afro-Fabulations: The Queer Drama of Black Life (2018) won the Barnard Hewitt award for best book in theater and performance studies. He edits the Sexual Cultures book series at NYU Press with Ann Pellegrini and Joshua Chambers-Letson. Nyong’o also writes for contemporary art and culture publications such as Artforum, Texte Zur Kunst, Cabinet, n+1, NPR, and the LA Review of Books. In 2019, he curated “Dark as the Door to a Dream” at the Stedelijk Museum in Amsterdam, as part of the Studium Generale Rietveld Academie. In 2017, he co-curated “The Critical Matter of Performance” at the New Museum for Contemporary Art.

Against Criticism:
Notes on Decipherment and the Force of Things

Zakiyyah Iman Jackson is an Assistant Professor of English at the University of Southern California. Her research explores the literary and figurative aspects of Western philosophical and scientific discourse and investigates the engagement of African diasporic literature and visual culture with the historical concerns, knowledge claims, and rhetoric of Western science and philosophy. She is the author of Becoming Human: Matter and Meaning in an Antiblack World (New York University Press, 2020). Becoming Human argues that key African American, African, and Caribbean literary and visual texts generate conceptions of being and materiality that creatively disrupt a human-animal distinction that persistently reproduces the racial logics and orders of Western thought. These texts move beyond a critique of bestialization to generate new possibilities for rethinking ontology: our being, fleshly materiality, and the nature of what exists and what we can claim to know about existence. Jackson is at work on a second book, tentatively titled “Obscure Light: Blackness and the Derangement of Sex-Gender.” She has published in Feminist Studies; Qui Parle: Critical Humanities and Social Science; Catalyst: Feminism, Theory, Technoscience; South Atlantic Quarterly (SAQ); e-flux; and twice in Gay and Lesbian Quarterly (GLQ).

An academic and practicing artist, Denise Ferreira da Silva’s work addresses the ethico-political challenges of the global present. She is the author of Toward a Global Idea of Race (University of Minnesota Press, 2007), A Dívida Impagável (Oficina da Imaginaçāo Política and Living Commons, 2019), Unpayable Debt (Stenberg/MIT Press, forthcoming) and co-editor (with Paula Chakravartty) of Race, Empire, and the Crisis of the Subprime (Johns Hopkins University Press, 2013). Her several articles have been published in leading interdisciplinary journals, such as Social Text, Theory, Culture & Society, Social Identities, PhiloSOPHIA, Griffith Law Review, Theory & Event, The Black Scholar, to name a few. Her artistic works include the films Serpent Rain (2016) and 4Waters-Deep Implicancy (2018), in collaboration with Arjuna Neuman; and the relational art practices Poethical Readings and Sensing Salon, in collaboration with Valentina Desideri. She has exhibited and lectured at major art venues, such as the Pompidou Center (Paris), Whitechapel Gallery (London), MASP (Sāo Paulo), Guggenheim (New York), and MoMa (New York). She has also written for publications for major art events (Liverpool Biennale, 2017; São Paulo Biennale, 2016, Venice Biennale, 2017, and Documenta 14) and published in art venues, such as Canadian Art, Texte Zur Kunst, and e-flux.

The Art of Refusal

Tina Campt, followed by a conversation with Alexander Ghedi Weheliye

Tina Campt is Owen F. Walker Professor of Humanities and Modern Culture and Media at Brown University and a Research Associate at the Visual Identities in Art and Design Research Centre (VIAD) at the University of Johannesburg, South Africa. Campt is a black feminist theorist of visual culture and contemporary art. She is the author of three books: Other Germans: Black Germans and the Politics of Race, Gender and Memory in the Third Reich (2004), Image Matters: Archive, Photography and the African Diaspora in Europe (2012), and Listening to Images (2017). Her forthcoming book, A Black Gaze, will be published by MIT Press in 2021.

Alexander Ghedi Weheliye is professor of African American Studies at Northwestern University where he teaches black literature and culture, critical theory, social technologies, and popular culture. He is the author of Phonographies: Grooves in Sonic Afro-Modernity (2005) and Habeas Viscus: Racializing Assemblages, Biopolitics, and Black Feminist Theories of the Human (2014). Currently, he is working on two projects. The first, Feenin: R&B’s Technologies of Humanity, offers a critical history of the intimate relationship between R&B music and technology since the late 1970s. The second, Black Life/SchwarzSein, situates Blackness as an ungendered ontology of unbelonging. 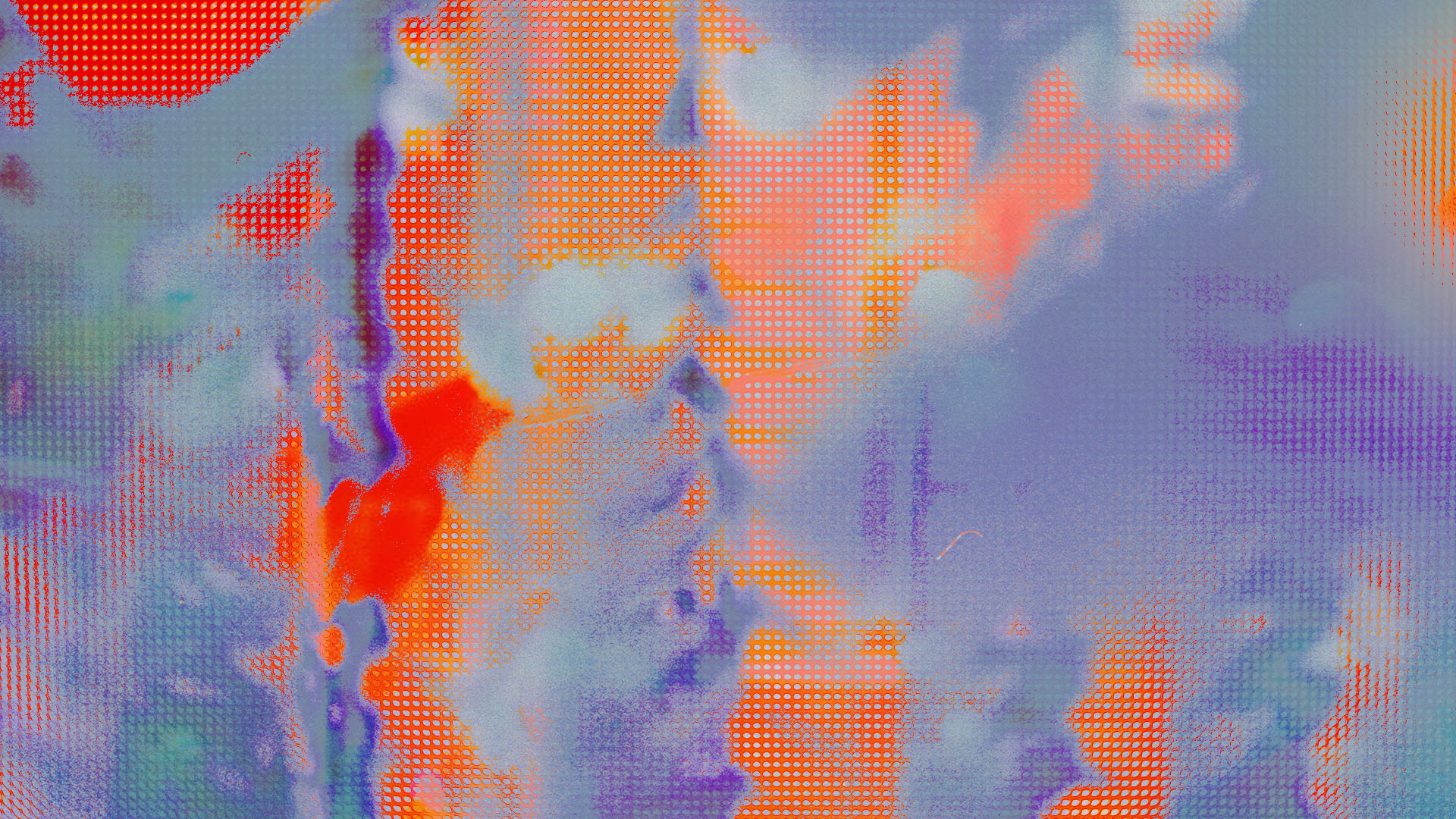 “Chamber” is an exhibition project by visual artist Igor Jesus in collaboration with Daniela Agostinho and Ana Cristina Cachola. The project consists of an exhibition, held at the Carlos Alberto Chapel in Porto, and a sound library created by the artist and made available on this website.

The exhibition presents a series of works that explores the phonic substance of moving images. Through a technological metabolism in which photosensitive cells generate a sound-making process, “Chamber” turns the space of the chapel into a resonance chamber that interacts with the surrounding and changing light conditions. The project departs from Igor Jesus’s research into the sonic legacy of Drexciya, the electronic music duo from Detroit, whose sonic universe and underwater imaginary are materialized in the exhibition in the form of an organism (both audiovisual and sculptural) through which image and sound transfigure one another. The audio project traces the reappearance of Drexciya’s tracks in numerous techno tracks by different artists to explore the mutations of their sonic afterlife. The project is interested in exploring the generative capacity of this submersive sonic atmosphere, the ways in which it resurfaces and lives on in new habitats, and the modes of attunement and being-with that it can give rise to.

Igor Jesus (Lisbon, 1989) lives and works in Lisbon. He holds a BFA in Sculpture from the Faculty of Fine Arts, University of Lisbon. He was artist-in-residence at Künstlerhaus Bethanien, Berlin, 2017, with a grant from the Calouste Gulbenkian Foundation. He was a finalist for the New Artists Prize from the EDP Foundation in 2017, and nominated for the 11th Amadeo-Souza Cardoso Prize. In 2013 he won the first prize from the Portuguese Institute for Cinema to direct a short film. 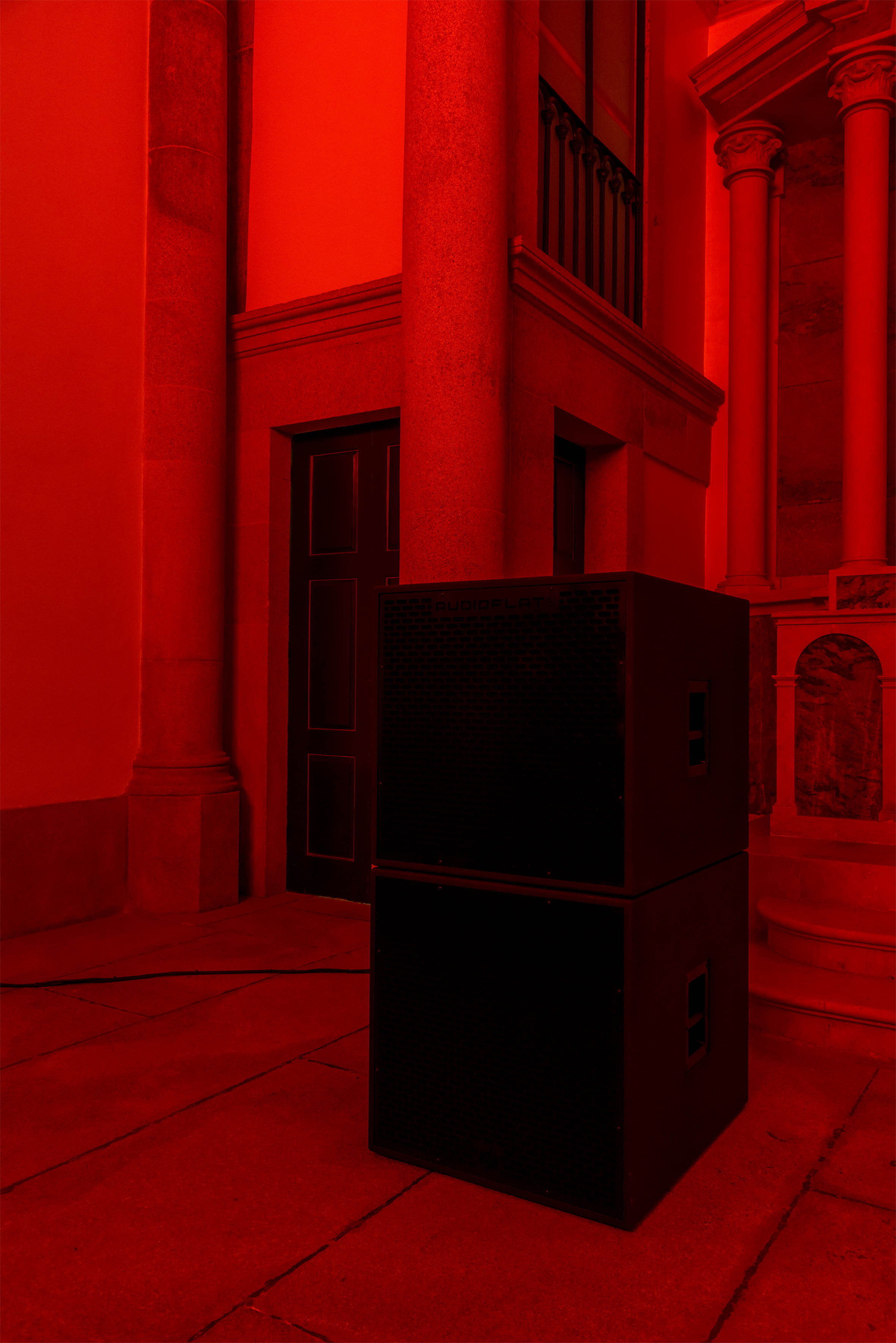 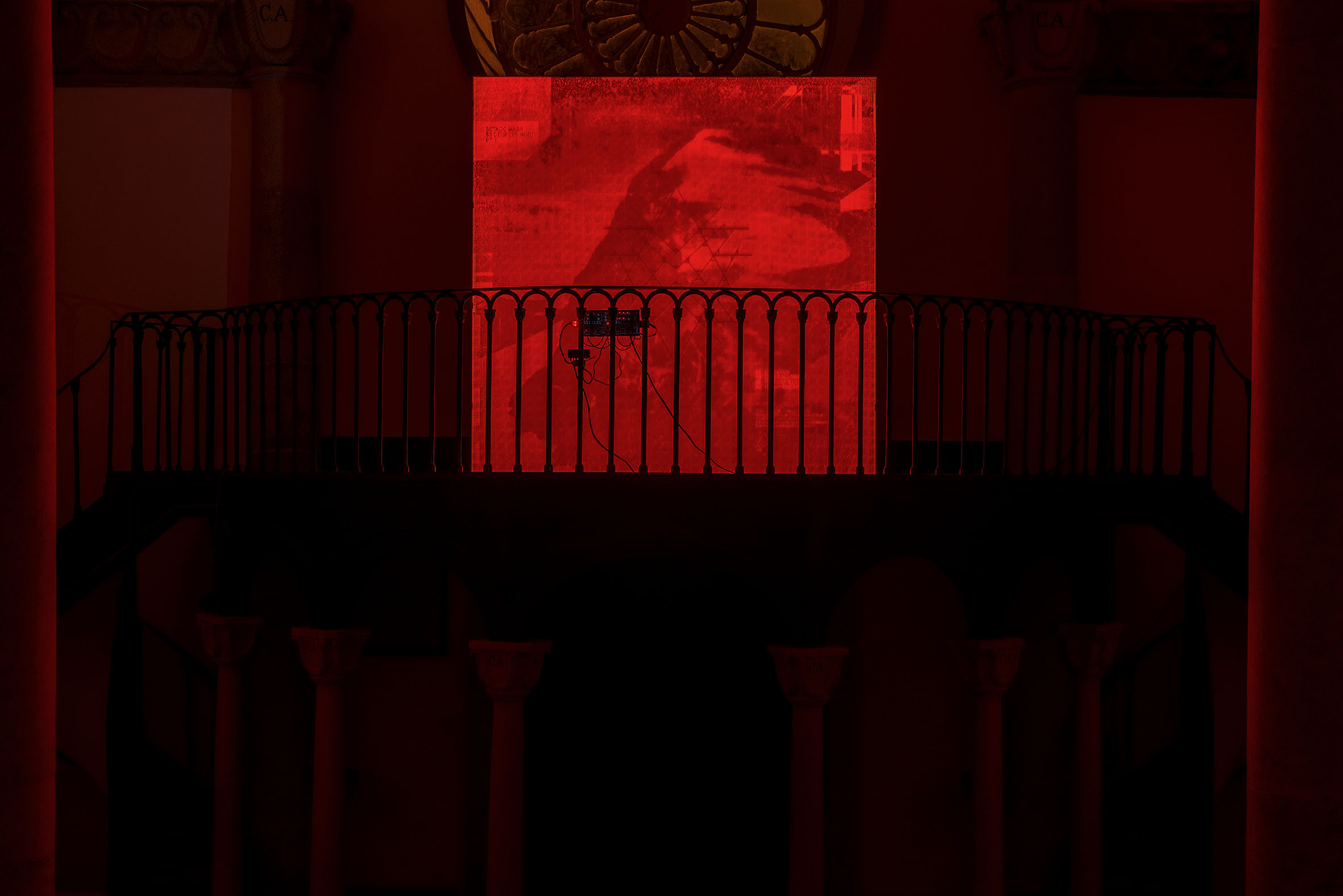 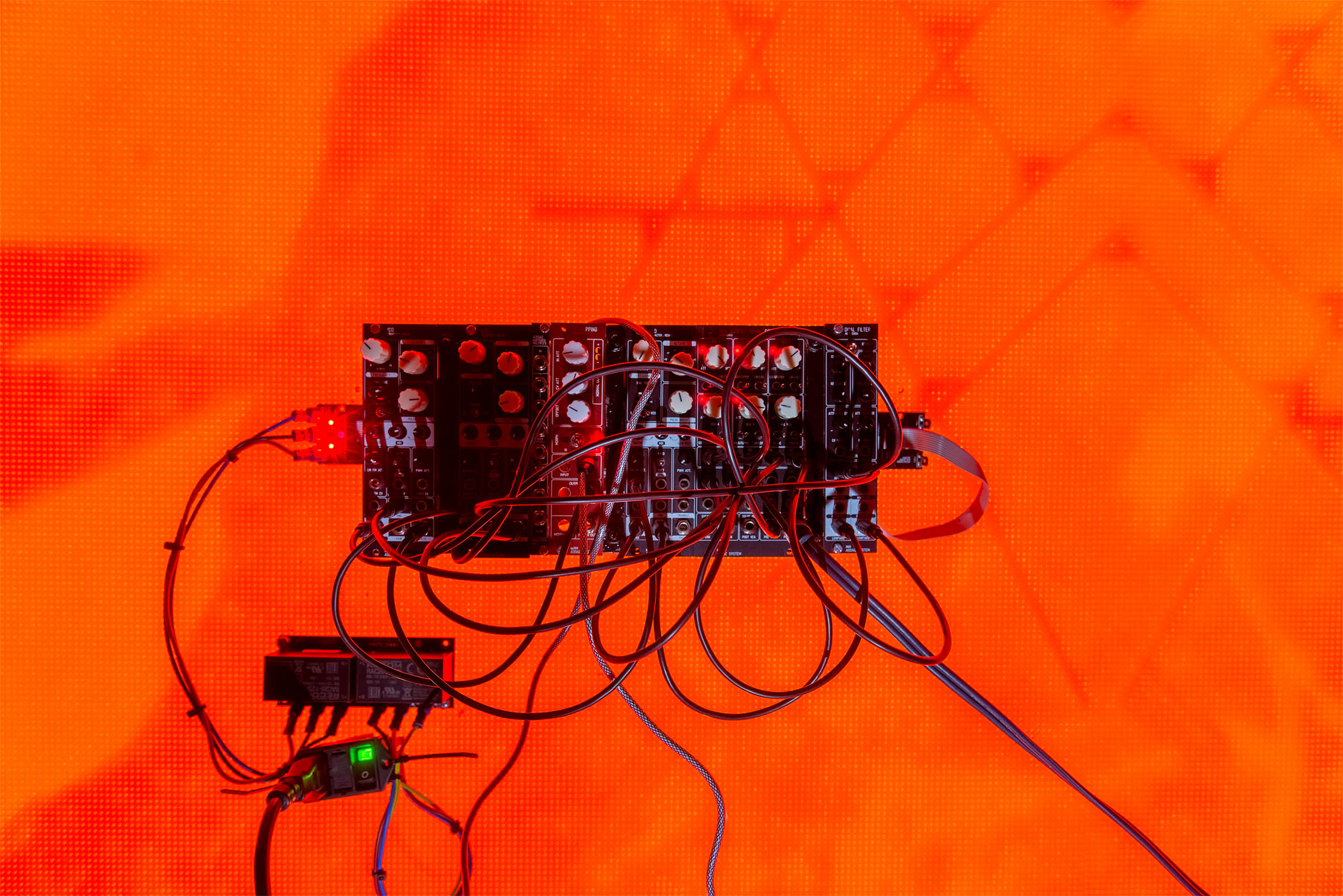 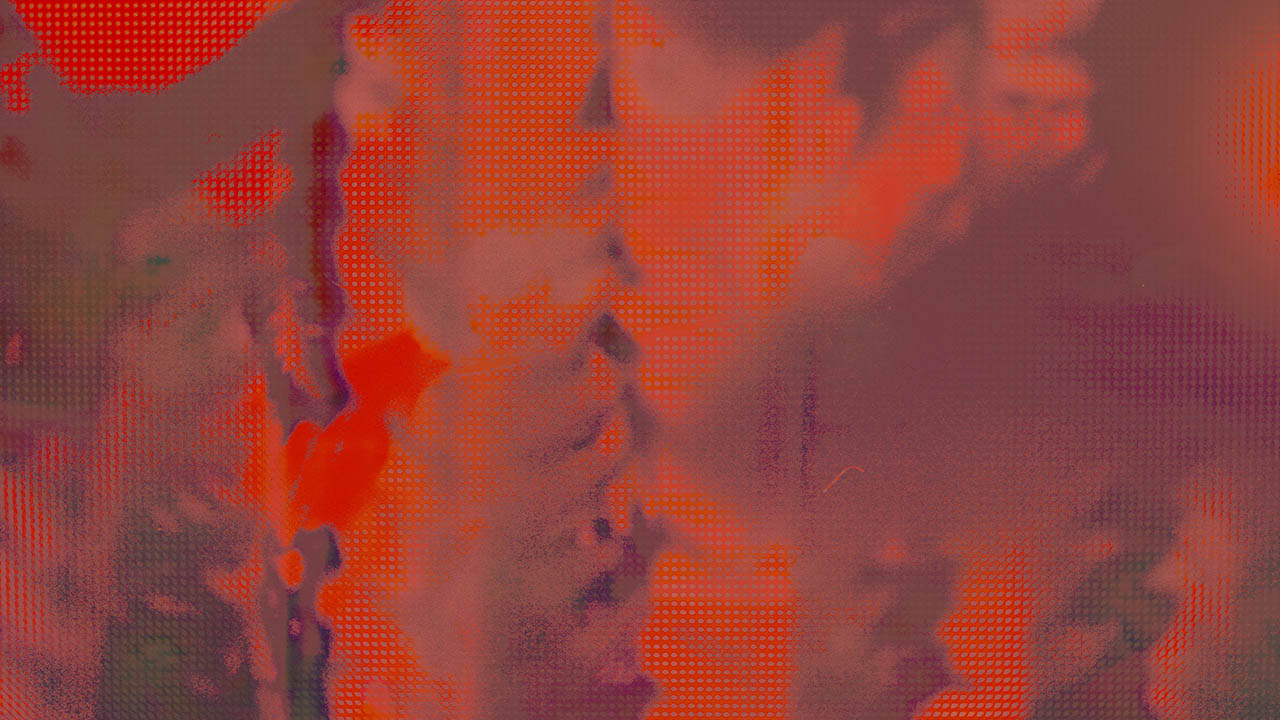